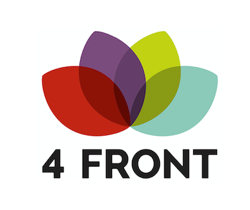 Four Front is the Council for minoritized student groups and student voices. Four Front  is Co-chaired by Dynasty Avila and Bri Dinwiddie

Four Front’s mission is to successfully voice the concerns of and represent all underrepresented students in a greater effort toward unification and diversification, thus contributing positively to the greater social and political atmosphere of the campus and greater community.  Four Front aspires to achieve national prominence for its contributions and efforts consistent with its motto, “pride in the past, action in the present, vision for the future.”